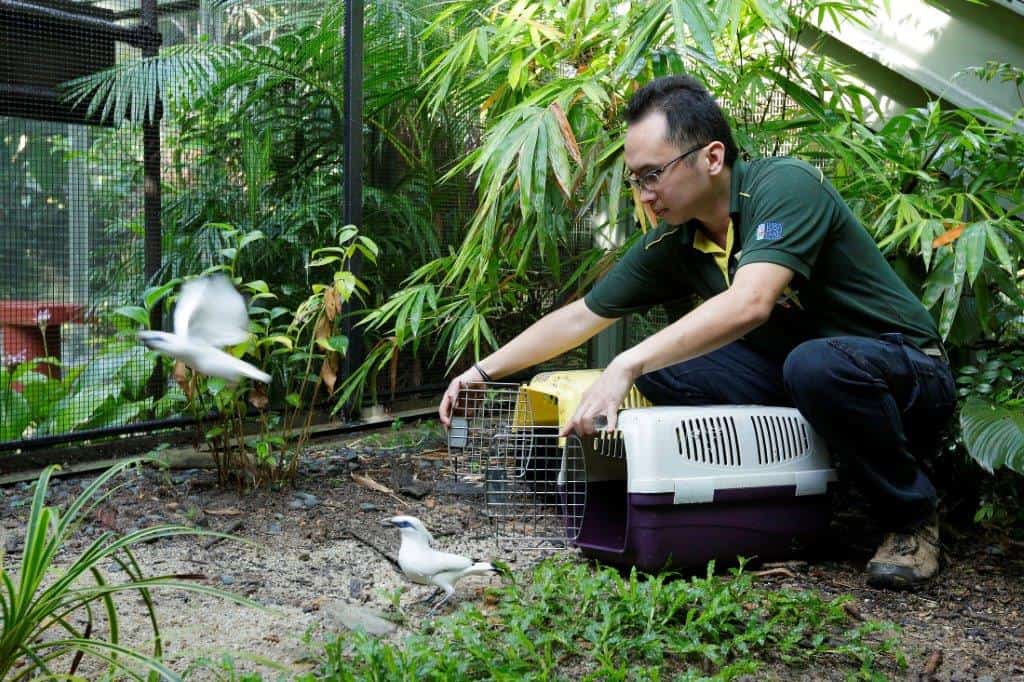 We’ve seen Facebook posts, articles, and YouTube videos about illegal wildlife trade. We know that wildlife trade is not only affecting the ecological balance but also threatening the biological diversity of planet earth.

In Singapore, we try to do our best to conserve flora and fauna at Jurong Bird Park and Singapore Zoo, both managed by the Wildlife Reserves Singapore.

Even so, illegal wildlife trade still occurs here – often in the form of smaller, endangered animals such as birds.

Living up to the Singaporean spirit, a “bird man” has rescued 109 endangered birds from wildlife trade.

Mr. Ivan Choo – assistant curator of birds at Jurong Bird Park has been instrumental in saving a group of 109 Santa Cruz Ground Doves.

He worked on this rescue mission along with Mr. Joe Wood, who is from the leading conservation group BirdLife International.

These birds had been captured by local bird exporters from their native habitat, Solomon Islands – probably to be exported to the Middle East.

When found, the birds were all caged and set to be sold off. 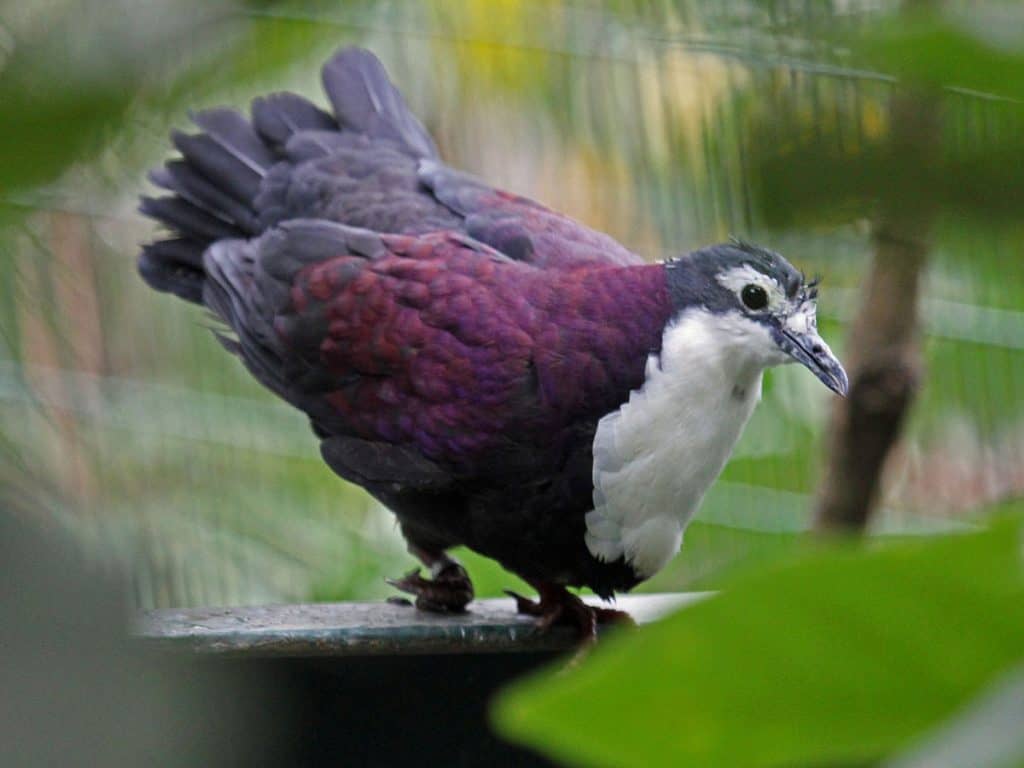 Mr Choo was outraged by the condition of the birds he rescued.

“I was so angry when I first saw the birds. Their feathers were ruffled and there were over 25 birds stuffed into 1 sq m cages. They had no space to move and disease spreads quickly like this.”

“Due to our proximity to the island and urgency of the case, I went as soon as I could,” he added.

Mr. Choo and Mr. Wood not only saved these birds from illegal trade but they also helped the malnourished doves regain weight and strength.

On top of that, they also built a comfortable aviary for all the doves. It took two weeks of round-the-clock intensive care for the rescued birds to recover completely.

“There was one female who was so thin and weak; she didn’t look like she was going to make it. She managed to survive after we gave her antibiotics and many injections of fluids,” said Mr Choo.

They are now housed within a protected government compound. The authorities are looking for locals to take care of these 76 male and 33 female rare doves.

After the birds were discovered, a Santa Cruz Ground Dove Working Group was formed.

A non-governmental organization called OceansWatch in the Solomon Islands discovered the birds first and put out an appeal for help on social media.

Both Mr Wood and Mr Choo volunteered as soon as the word reached them.

According to Mr. Duncan Bolt, chairman of the Santa Cruz Ground Dove Working Group, a volcanic eruption recently destroyed about three-quarters of the island of Tinakula.

This place is believed to be their only natural habitat. Reports suggest that only 15 Santa Cruz Ground Doves remain on that island today.

Mr. Duncan said: “In reality, this is probably the most threatened species of bird on the planet at this time, with as few as 15 birds living in the wild.”

He says that “the conservation status of this species is endangered, but that is now under review and is likely to move up to critically endangered in due course.”

It would not be wrong to suggest that breeding the rescued and recovered 109 birds can prove to be a chance for the survival of the species. If bred and nursed properly, this beautiful bird could be saved from being wiped off the face of planet earth.

According to Mr Choo, Jurong Bird Park is trying to get at least 15 pairs of the Santa Cruz Ground Doves.

They plan to nurture them as a “safety population” and are keen towards breeding and returning the doves back to the wild to help the species sustain.

Not The First Time

Interestingly, the experts at Jurong Bird Park have done this before.

The Luzon Bleeding Heart Dove has been declared as “near threatened” by BirdLife International. The park had bred two pairs of these doves and then sent them home to the Philippines.

Mr. Ivan Choo has an excellent track record when it comes to preserving nature. In the past, Mr. Choo had been instrumental in saving the “critically endangered” Bali Mynahs.

It is because of these initiatives taken by conservationists that we continue to enjoy the spectacle of nature despite challenges like global warming, climate change and the worst of all – wildlife trade.