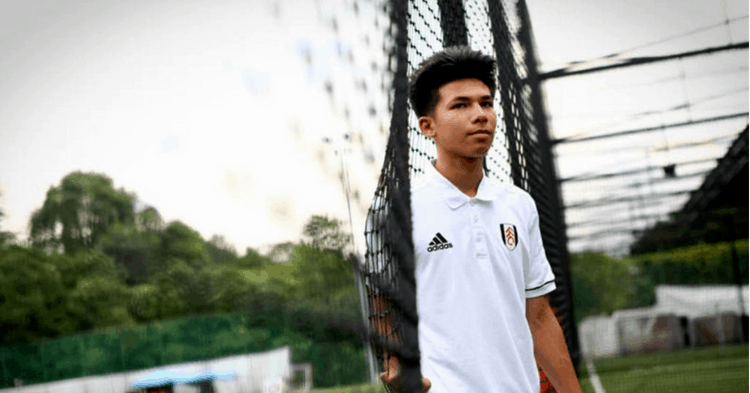 Just over a week ago, people across the globe sprung from their seats to rejoice at the sensational match between France and Croatia in the World Cup finals of 2018. But what was more captivating than the tournament itself was the 19-year-old French striker, Kylian Mbappé, who was awarded the Fifa Young Player Award for his beautiful and momentous performances.

For many young aspiring footballers, Mbappé becomes a leading example – anyone can achieve their dreams at a young age.

However, in a recent media upheaval, this philosophy appeared rather distant when it came to the case of 17-year-old Singaporean footballer Benjamin Davies, who has made headlines as a result of Ministry of Defence’s (MINDEF) rejection to his National Service (commonly known as NS) deferment to pursue a 2-year contract with professional football club, Fulham.

As the case continues to find a resolution, netizens are also sprawling the internet with comments on the controversy.

While many thought that NS would cause Singapore to lose its first-ever Singaporean English Premier League (EPL) player, others felt that it was right that MINDEF was taking an impartial stance towards Davis’s appeal by way of upholding the values and mission of Singapore’s long-standing conscription.

After all that has been said, here were the few takeaway points from the issue.

For Duty Or For Passion?

Serving one’s country may be important, but so is playing for the English Premier League – one of the top football leagues in the football world. When it came down to which was more important, here was what our fellow netizens have to say.

And many others who felt that MINDEF has misinterpreted this whole saga.

While we all have our own opinions, it is important that we look at this issue from both perspectives.

Following a recent podcast interview with Vikram Nair, the MP and Chair of the GPC for Defence had personally mentioned that “there has to be a window in which you plan to actually do [national service].”

Amidst the bouts of arguments spreading across the internet, Nair has acknowledged that the “deferments [for Singapore’s professional athletes] are very few and far between” because of the requirements imposed – it has to be for the nation’s interest and there must be a possibility of winning a medal.

For Ben Davis, his career is extremely time-sensitive – this period could make or break it.

Yet, there is no guarantee that Ben Davis will be scoring goals like Harry Kane or Kylian Mbappé.

Even then, these goals are not dedicated to Singapore but for the team and country that he is playing for.

Without a plan, it is understandable that MINDEF would be skeptical about granting the adjournment to Davis. Likewise, netizens who have claimed that MINDEF has misread the issue, should understand that there are many factors to consider.

A deferment refers to an act of putting off something to a later time but there is always a possibility that he will go absent without official leave (AWOL) if the deferment was granted.

With the whole outburst against MINDEF’s rejection towards Davis’s appeal, perhaps it is time to reconsider making some policy changes to our conscription to one that is similar to that of South Korea which allows deferment up to a certain age.

By having a more moderate and relaxed regimentation, young Singaporeans can pursue their personal interests without completely compromising their dreams and yet, at the same time, adhere to the needs of the country.

In fact, most Singaporeans are after such a solution not only for Ben Davis, but for future Singaporeans who have the same aspirations.

We should not forget the pride of our local athletes like Fandi Ahmad and Joseph Schooling and how we collective came together in celebration of the winning goal of the Malaysia Cup in 1980 and our first Olympic gold medal in 2016 respectively.

Making amendments to our National Service by loosening restrictions and allowing more flexibility can only mean greater success in providing fuller support for our young Singaporeans and their dreams, which would further enforce a greater sense of belonging. As of now, Singapore has a choice to play by stringent rules.

Or it can see this as a chance for our country to finally allow more room to empower not only our sporting scene but also for many of our budding talents.