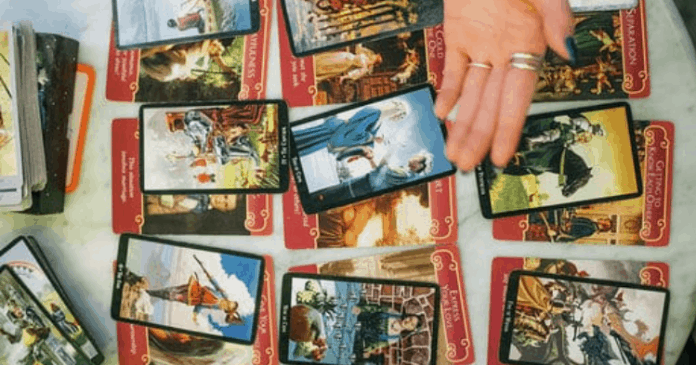 When I first learned that there was such a thing as tarot reading, I’d scoffed at the notion. What could a deck of cards tell me about myself that I already didn’t know? As it turns out, there’s a lot.

My initial idea of tarot reading was that it was a tool meant to tell an individual their future – kind of like a crystal ball for fortune-tellers. You’d pick three cards, all meant to tell you the outcome of whatever horrible decision you’d made, and that would be it.

I didn’t think that there would be anything deeper to it: I’d merely thought that tarot reading was a carnival act.

I was very wrong. Throughout my journey of finding out more about tarot and what it means to the people to practice it, I began to realise that it wasn’t at all just a tool to tell the future – it was a way for someone to understand their actions and navigate their feelings.

Enter The Secret Door, a lovely local tarot-reading business run by Fion, who had graciously allowed me to interview her and learn more about her tarot world.

A self-taught practitioner, I asked Fion how her love for tarot started. 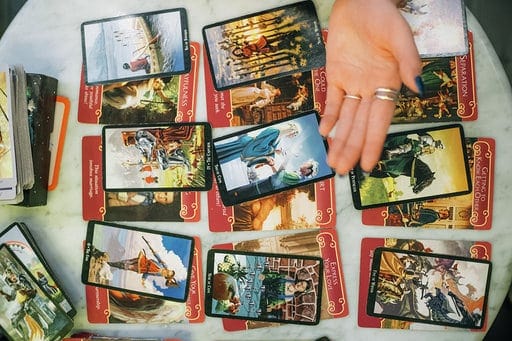 “Ever since I was young, everything mythical and mystical was always something I really liked. Slowly, I started to do my research here and there and even got myself a book on tarot reading from a book fair.”

“I couldn’t quite understand what the book was saying then so I just chucked it into my bookshelf,” she admitted sheepishly.

She had forgotten all about it until sometime in 2017 when she was tidying her room that she chanced upon it again.

Fion was pleasantly surprised by it because her mom had cleared out many books when she entered polytechnic.

“I took it as a sign from the universe that it was time and I got myself my very first deck called ‘Witches Tarot’ illustrated by Mark Evans.”

Step By Step, Card By Card 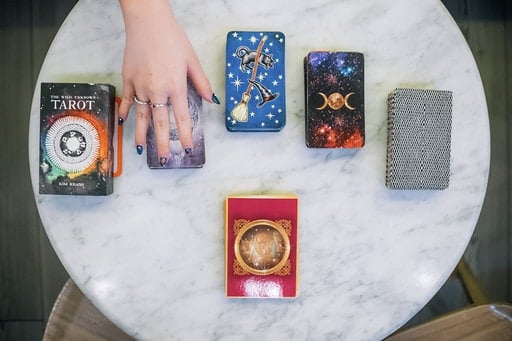 I imagined that it wasn’t easy trying to learn something as fluid as tarot reading, and asked Fion how she managed to do that bit by bit.

“Firstly, I made sure that I read up the meanings of the cards in the deck. It seemed really difficult at first and even overwhelming because the tarot has 78 cards and each card has their own meaning.”

“However, it started to flow like water once I got my actual deck with me because I could practice reading for myself while I was learning.”

To practise, she would shuffle and draw a card, writing down her emotions and how she felt when she got it – everyday.

She tried to interpret it intuitively and then looked at the meaning of it in the books to understand the common general meaning. As she got more confident, she started to practice reading on her friends and family to get feedback.

“Once I got confident enough, I started to accept clients occasionally for tarot reading online and slowly progressed to offline as well.” 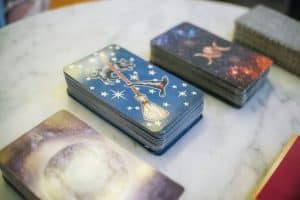 Even then, she would go to Pinterest and Tumblr often to look for tips and tricks from fellow readers. She also kept track of her own tarot journey through a blog on Tumblr.

On top of that, she googled and listened to tarot readers who do general reading every month for each different horoscope to see how their session was being conducted and how they interpreted the cards.

“It was pretty refreshing all the time because of the different styles and readings from different readers. It helped me to forge my own opinions on how I feel and how I see about my own tarot cards.”

She also reached out to experienced tarot readers through online platforms and asked them plenty of questions.

“They were very kind and gracious when it comes to teaching and guiding me along the way. Till now, I am still learning more ways to read and allowing myself to be guided intuitively in my sessions conducted,” she added.

The Impact Of Tarot 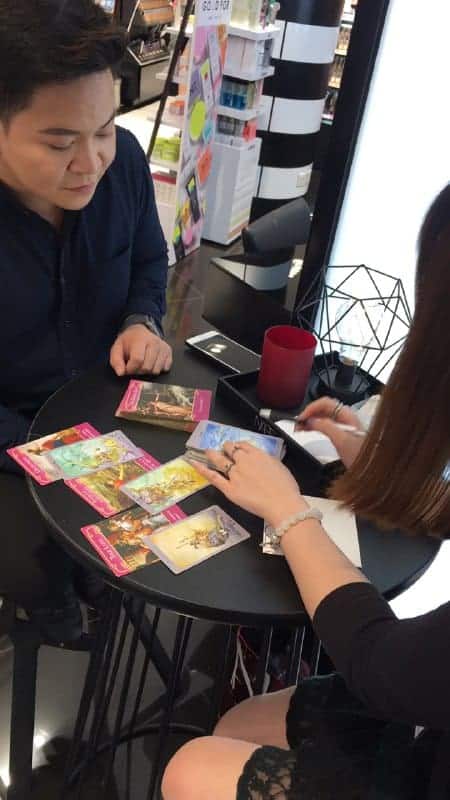 Through my own journey with tarot, I’ve come to understand that rather than just telling you an outcome, it was meant to support you as a guide. I questioned Fion on how tarot could help a person.

“Tarot can help you to see your circumstances in a third person view. So it paints a much clearer picture and offers you guidance on how you can proceed when you take a step back to reflect on what happened.” 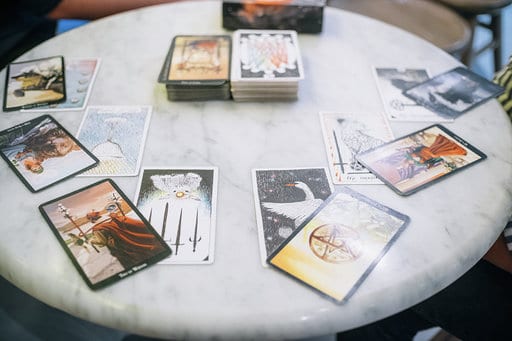 Contrary to popular belief, there is never a bad reading – whatever you fear or whatever the tarot warns you about in the near future can always be adjusted and changed through making the right choices.

“Of course, the tarot can show you the possible outcome and even weigh the pros and cons with you between crossroads but your future can and will change depending on what you are doing now and the choices you make.”

“It is best to remember that your future outcomes are aplenty like the stars in the sky and nothing is set in stone. The Tarot and Oracle only serve as a guide. You are the master of your own destiny,” she said firmly.

Her Love For Tarot 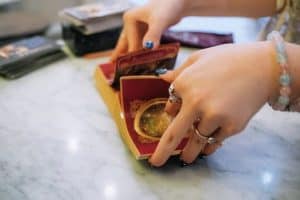 Fion admitted that some people were judgemental when they found out she does tarot readings.

“Sometimes people still believe that the tarot is related to the dark arts and they have some weird judgment that I am somehow worshipping the devil or that I am a witch which isn’t true at all, and some people think that the tarot actually dictates or depicts your final destination in the future which is also inaccurate.”

Some people have pre-conceived notions of Fion when she says that she’s a tarot reader, which is pretty interesting to her. She shares that the biggest challenge about her journey was when her parents and relative objected when she said that she wanted to learn tarot.

“They were always saying that I’m not going to live long if I do this or I’ll get bad karma or luck when I do this. They were quite discouraging but I really want to learn and I went for it despite their discouragement.”

Despite all of that, Fion stuck through because of her love for the practice. As a farewell, I asked her for advice to those who wanted to pursue something that may seem unorthodox to most people.

“If you feel it in your bones, you really want it and you feel the passion for it, just go and do it. It’s okay to take your time to weigh the options and to plan the future but sometimes you need to take that first dive in order for things to actually start happening.”

“Yes, it can be confusing and sometimes even painful but everything will play out the way it should be. Eventually you will be happier and proud of yourself for your growth and where you are standing now.”

To find out more about Fion and The Secret Door, click here.