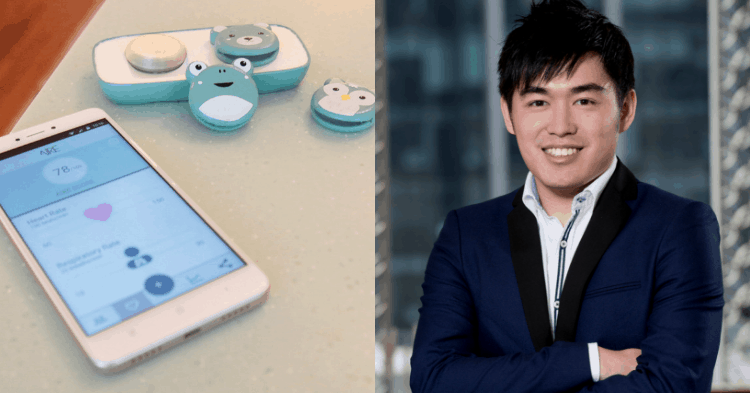 I was around 5-years-old when my first asthma attack happened. While I was too young to remember all the details vividly, I recall myself in the backseat of my father’s car chomping down on a hamburger happily before it occured.

All of a sudden, the amount of air I could inhale with each breath started decreasing, and I had no idea why. My worried parents brought me to the nearest doctor, who then said that I had to be rushed to the hospital immediately.

Luckily, I managed to reach the hospital in time – all I can remember is being injected before I started feeling alright again. According to my mother, the doctor later told her that if I had reached the hospital 5 minutes later, I might not have been able to make it.

I’ve always carried an inhaler with me since then, although – thankfully – I haven’t had the need to use it regularly.

My case would probably be common in Singapore, where about 1 in 5 children suffer from asthma, according to local studies. In fact, it’s similar to Adrian’s story as well.

Only 29 years-old, Adrian is the founder and CEO of AEvice Health, who recently launched a new product to help parents monitor their child’s respiration rate remotely.

Solving Problems One At A Time

Adrian started AEvice Health in July 2016. However, the research spent before that dates back to 2008 – a clinical push problem by then Dr Daniel Goh from NUH, who is currently the Cluster Head of Pediatrics for NUH and Khoo Teck Phuat Hospital. He partnered with Associate Professor Ser Wee from NTU to try and investigate problems in our hospital care today and consider any possible solutions. 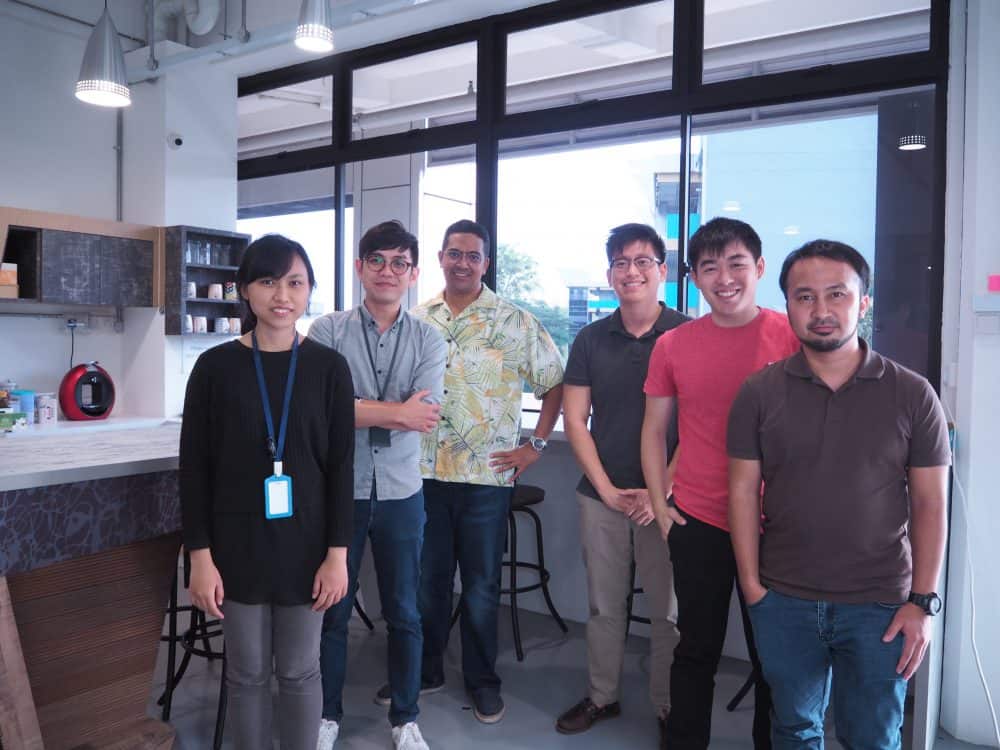 “Through the process, there was a realisation that one of the rudimentary problem surfaced was this,” Adrian says. He then proceeds to explain a routine that most of us are familiar with – seeing a doctor.

“Today when you go to a hospital or clinic, there are a few things they will do: blood pressure monitoring, temperature taking, visual checking and auscultation (using a stethoscope).”

Within a 5 to 10 minute window, the doctor is then supposed to make a diagnosis of what he can hear and see. However, this is tough especially for people with certain illnesses.

“You could have for example, an asthma attack the night before – just like my case – and wake up to see a doctor the next morning without any obvious symptoms.”

The next thing they would do is to then put a judgement without a guarantee. Often, your doctor will say, “I think you that you may be suffering from… Afterwards, medication is prescribed and you’re told to return two weeks later if you don’t recover.”

Not reacting positively to the medication could mean that the initial diagnosis is wrong, or that the dosage is not strong enough. Adrian laments that this makes the entire process of clinical visits lengthy, expensive, and takes a while for a patient to be diagnosed with a certain condition.

The both of them then started researching on hardware and an algorithm that can decipher the readings; this happened from 2008 to 2013. In 2013 they did a clinical trial in NUH, and it succeeded. 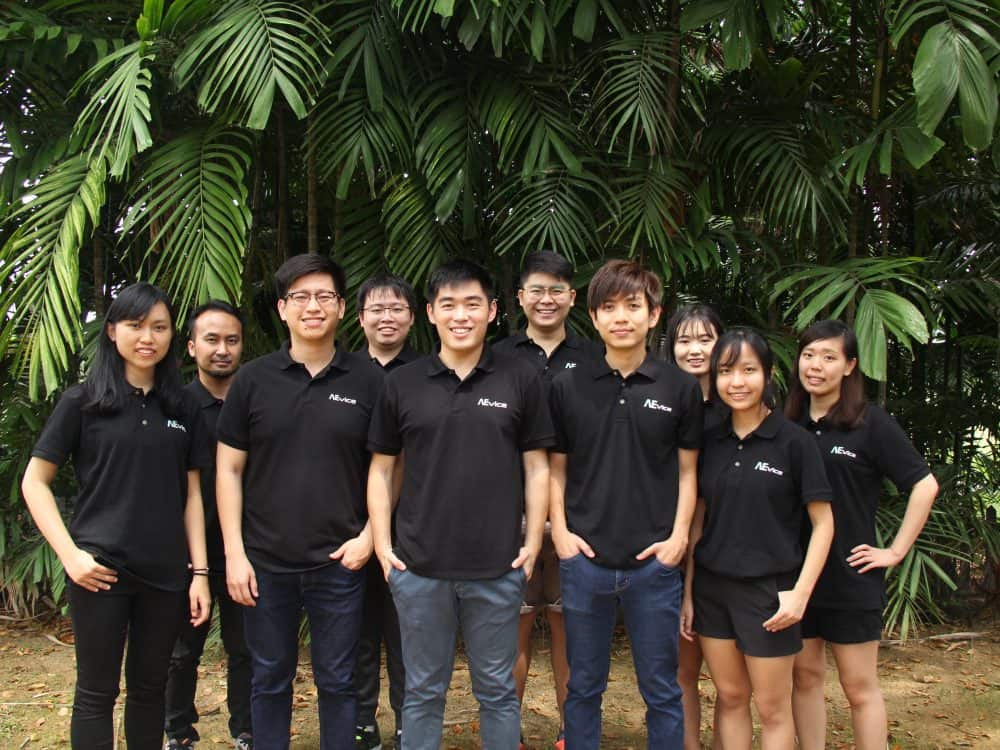 However, they faced a problem – despite having one of the lightest algorithm, technology wasn’t advanced enough to have smaller chips that could make the battery last.

It was only in 2016 that new chips emerged in the market which could process at higher resolutions and speed.

This is Adrian came to start the company together with Professor Ser Wee to tackle this area.

“The motivation behind this is that I was, myself, an asthmatic patient,” Adrian reveals.

“I tried to sleep it off during one occasion, back in 1997. I knew that I was allergic to the smoke from hand-held sparklers and could feel my chest become heavy, my airway closings. I could also feel some wheezing, but I didn’t tell my parents because I thought I’d be okay. When I woke up, I found myself in the A&E.”

Having seen his mother panic during this incident, he was determined to prevent other parents from having to go through the same experience. 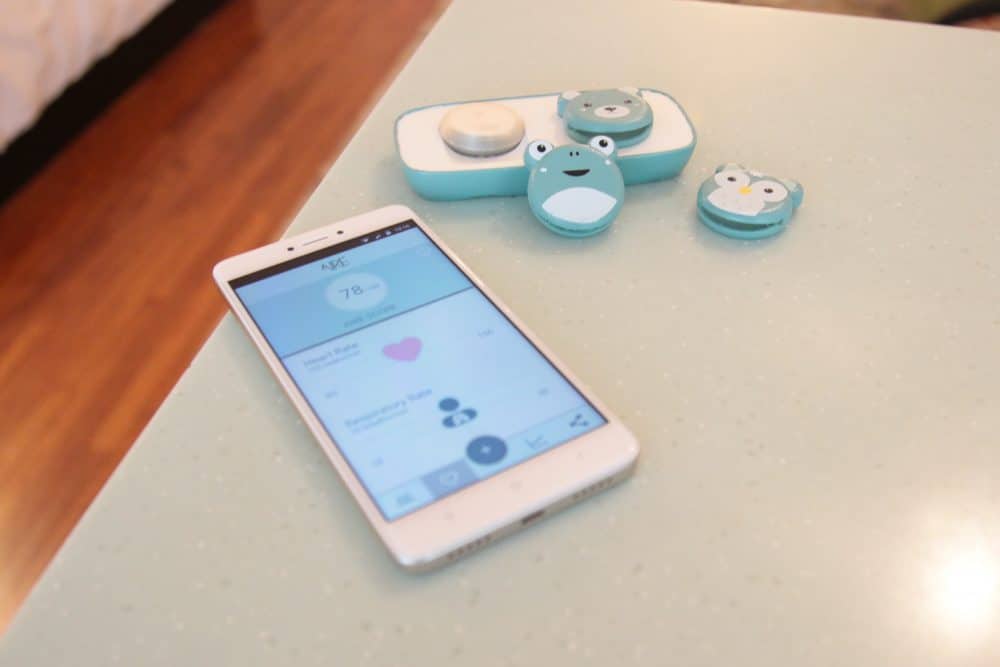 Fortunately for Adrian, his last asthma attack was when he was 10 years-old. Yet, some are not as lucky –  some don’t “outgrow” their asthma, while others have it again later on in their life. Adrian adds that some may even end up having chronic obstructive pulmonary disease (COPD) – although this usually affects smokers.

He holds up a round chip that was initially developed for the AireSone Junior device.

“It’s actually even thinner than the one you see now, but we cannot reduce the size because of the risk of swallowing. This is a smart wearable stethoscope.”

Since it’s impossible to have a doctor physically beside you all the time, AEvice Health has made this possible through the AireSone Junior. With the chip, you have the “ears of a doctor” listening to your chest always, and the algorithm partitions this sound for you into 4 components: cough, wheeze, respiratory rate and heart rate. 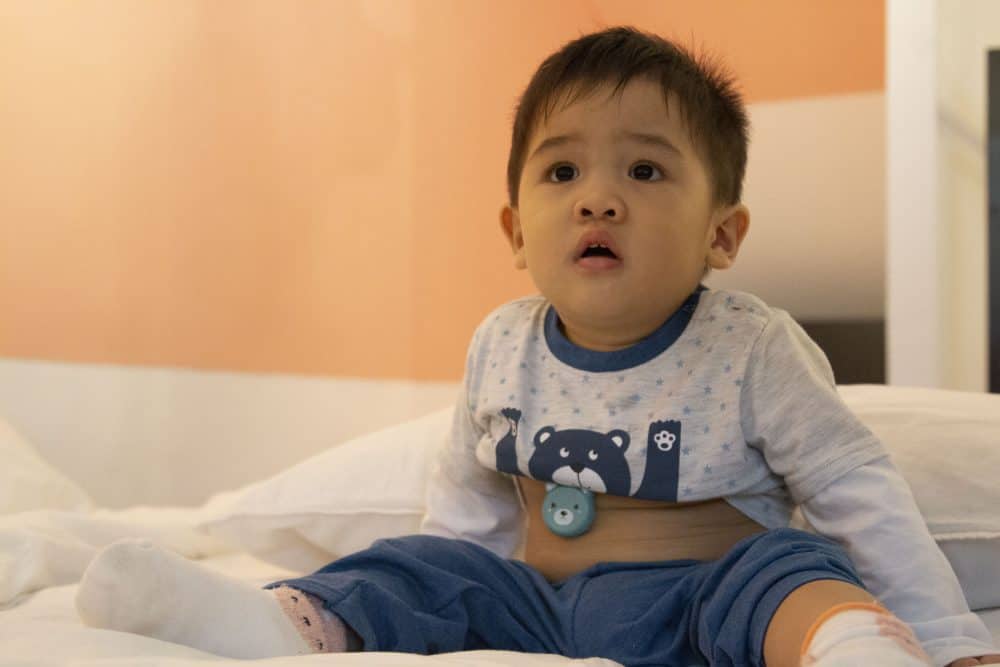 For asthma conditions, one of the common symptoms is wheezing, with the other being cough. The device helps to monitor the effects after using a Ventolin inhaler.

The beneficiaries from these are three major groups. Patients get to be diagnosed with asthma earlier. Doctors can provided targeted therapy and the right medications to help them tackle the problems faster and earlier. The third group of people are insurance companies  – they can now see how they can provide help to the patients, getting them faster scans in the shortest time possible.

“One of our dreams is to make this a very cheap device such that insurance companies will give out to all their customers so that they all have access to telehealth.”

Even though telehealth seems to be up and rising, Adrian reminds me that there are two aspects that have yet to be self-monitored. While blood pressure measuring devices and thermometers can easily be bought over the counter, visual monitoring and auscultation are left out. This device therefore acts as an enabler to make care for telehealth complete. 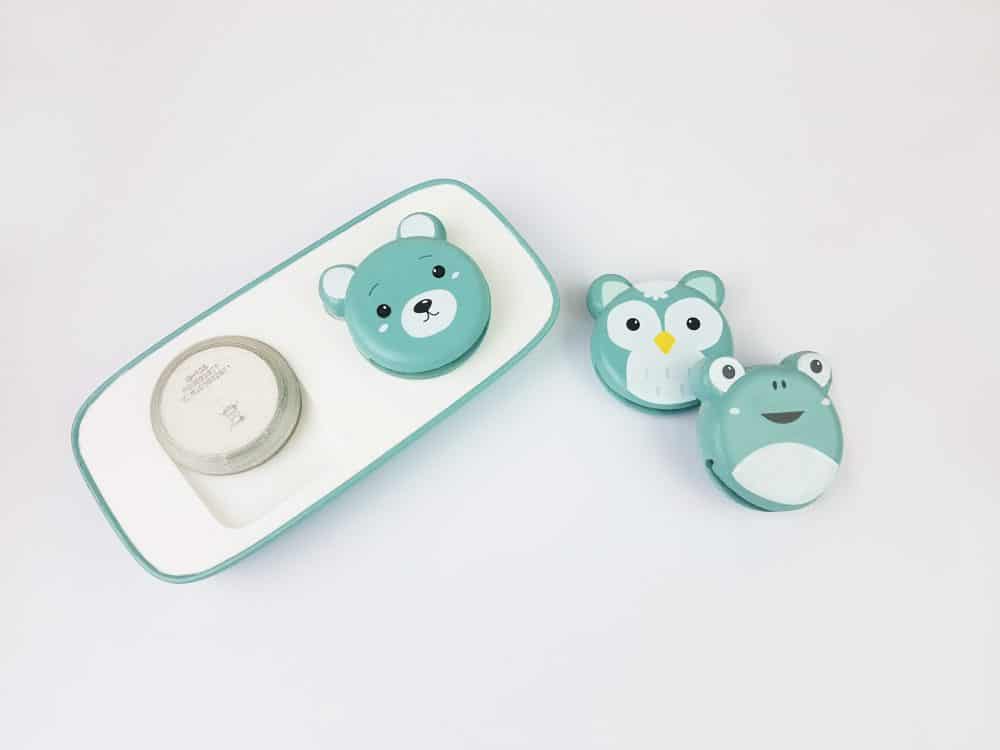 “We often see doctors only when we really feel unwell – this is alright for a majority of us, but forms a big risk for young children and the elderly if they seek help only much later.”

He then suggests for insurance companies to give this device out and couple it with a package where free telehealth is offered every 3 months. This would help them to get preventive health care earlier, and saves a lot of money as well.

Currently, Airesone Junior is meant for children. Beyond asthma, it is also capable of detecting symptoms of other conditions such as seizures and epilepsy. While it’s not that common in Asia, sudden infant death syndrome (SIDS) happens in the US and UK.

As the cause is unknown, parents often have to live with such anxiety. “They could just need the device because they have been unable to sleep every night as they are so fearful that their kids will stop breathing.”

Beyond AireSone Junior, AEvice Health has 3 other arms in the group. The second arm is AEvice medical devices, which sells directly to hospitals to provide to their adult patients for a range of conditions such as sleep apnea and COPD.

The third arm looks after patients’ monitoring where the device is deployed across hospitals, monitoring the patients’ respiratory rate continuously.

The last covers Artificial Intelligence, where information of those warded is collected and studied together with clinicians. “In the future when we understand enough of respiratory health, we can immediately predict the outcome of the patient the moment they arrive at the clinic.”

Adrian admits that this will take some time, but says that it’s achievable over the next 5 years.

Even so, Adrian has obstacles laid out in front of him – one of which is the UK undergoing Brexit. Given that AEvice Health’s first two markets are in the US and UK, UK going through Brexit may result in changes to standard medical regulations in the future, affecting the markets that they can reach out to.

A second challenge is that with any other innovators in the market, a new innovation means reinventing how certain things are done. With this device, it affects the usual routine of seeing a doctor – yet there will always be early and late adopters.

“These are some of the issues, but we are confident that with the team of doctors we have on board, we will be able to push this out as a new standard of care for asthma for now.”