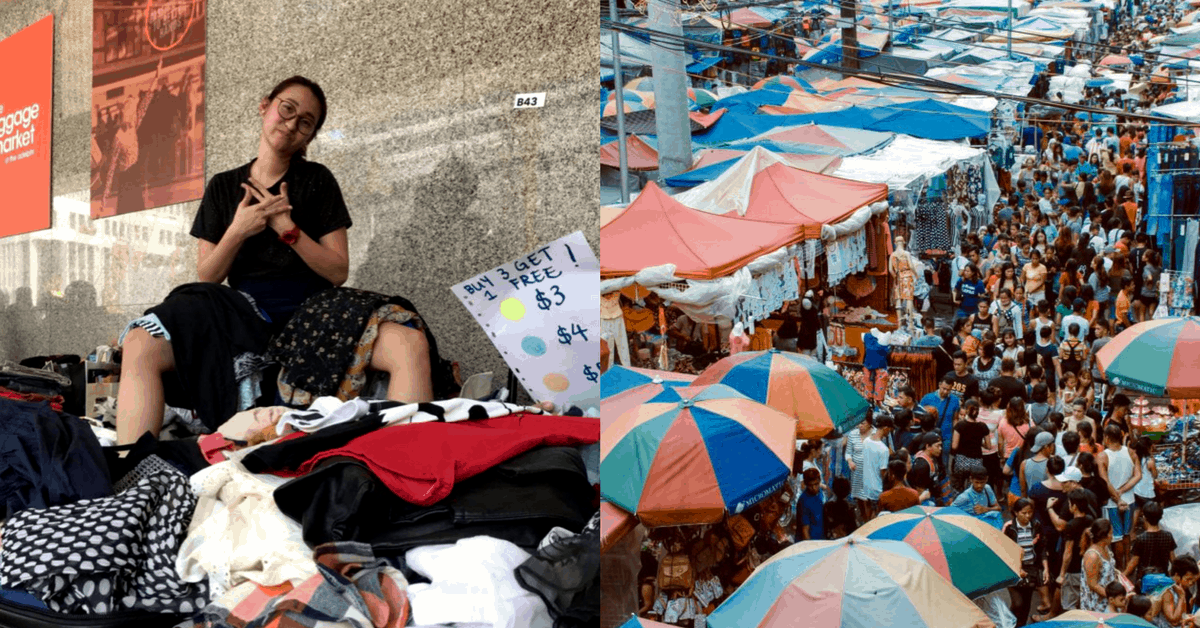 Finding yourself with a huge mountain of clothes that you only wore once and won’t wear anymore is a usual predicament a girl often finds herself in. With that, I decided to find a solution to get rid of those stale garments that had been hidden at the back of my storeroom – having a booth at a flea.

Lucky Plaza’s infamous flea market came to mind, which was apparently a guaranteed profitable way of selling your old clothes despite the expensive booth price of $160 on a Sunday.

However, you had to book a booth at least 2 weeks in advance. Slots filled up really quickly.

Failing to secure a slot, I turned to TheLuggageMarket. After hearing about it from a friend, I decided to go with it since it was almost cheaper by half at $86.

I arrived with 2 of my friends our booth – booth 43, which was all the way at the end of the whole row of shops. Not bad, I think. If only I knew that this meant that my profits would take a hit later on.

The booth had a small green mat for us to put our clothes down, and a few chairs for us to sit. Most of us ended up sitting on the floor anyway, so the chairs did not really matter.

As the name suggests, all we had to do was to open up our two huge luggages. I looked around – others brought racks (which was not allowed, but the staff didn’t bother) and catalogues of their clothes. 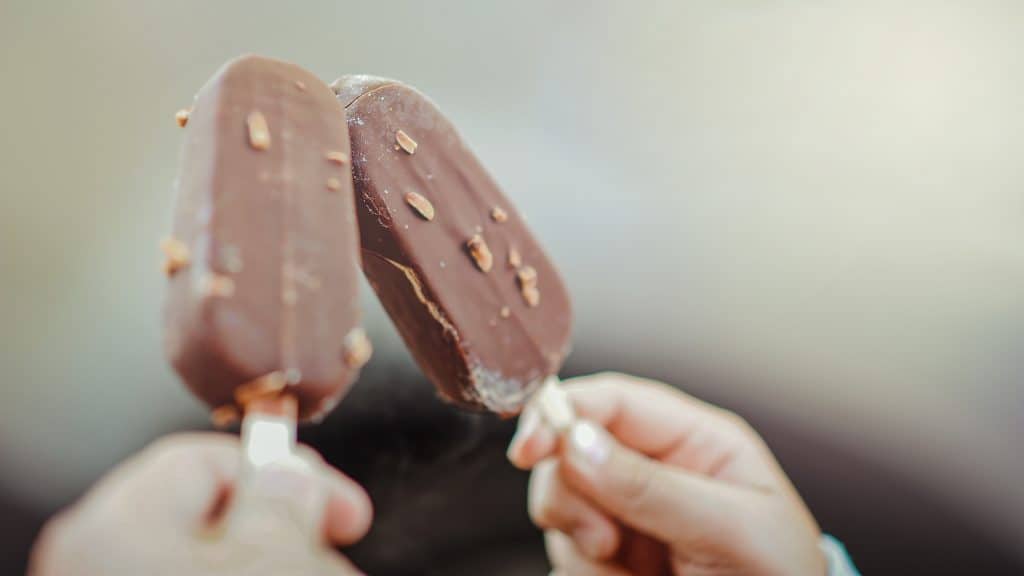 The shoppers were trickling in slowly and I was getting bored. My friend and I decided to get our free ice cream down the aisle. Finally, a blessing in this sweltering Singapore heat.

It was also this short trip to get ice cream treat that I realized – by the time shoppers reached my stall at the end, they had already spent their budget and would refuse to pay more than 2 bucks.

We had to adapt. My friend scrapped my $3-5 sign, wrote a big fat $2 on the flip side of that paper and held it up. Our friends who came down to support us helped to scream out “EVERYTHING HERE FOR 2 DOLLARS!”. 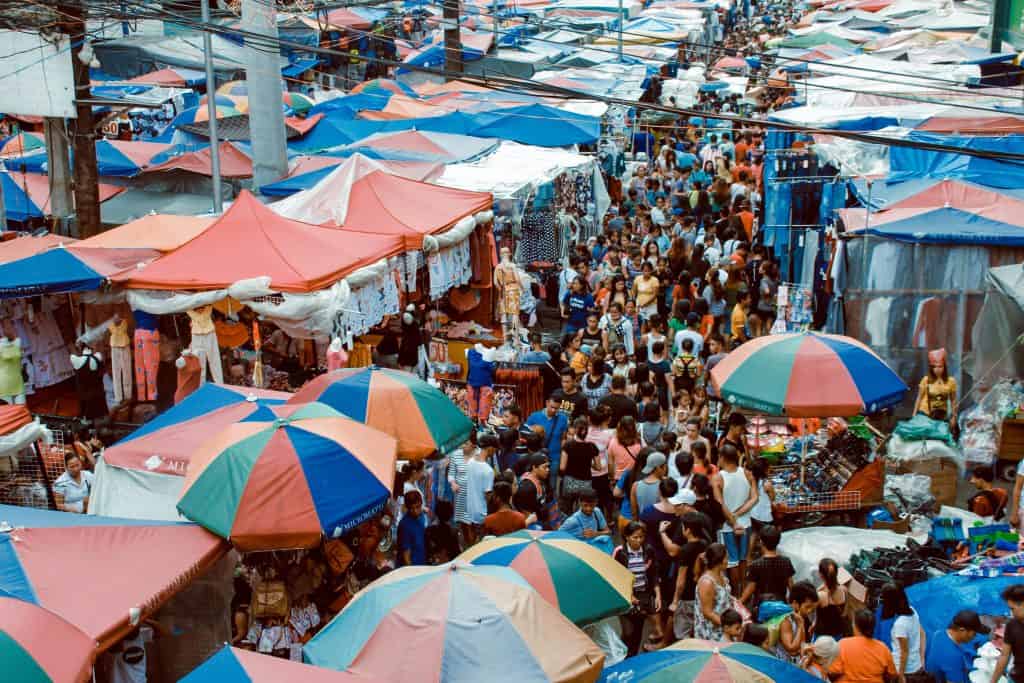 Our plan was working.

A crowd gathered around our shop, sieving through the mountain of clothes we had. We were selling like hotcakes.

The rest of the booths must have caught on –  now there were crazy deals like, “1 for $3, 5 for $8”.  I was so tempted to run down the aisle and buy everything I could.

The only crowd we had now were my parents, my friend’s parents and five visiting friends.

But money was the last thing on my mind after an afternoon of heat, dust and haggling – we were joking around now, chatting up strangers and singing tunes.

In fact, one of my friends bought so many clothes from the neighbouring stall that he ended up with a wardrobe makeover for under 10 dollars.

Refash came to find clothes in good condition that could be possibly sold back to them. Finally, salvation was here – I could sell some clothes for more than $2 dollars.

I only earned about $15-30 at the end of it. I brought home the same suitcase I brought, still full of clothes.

On hindsight, it’s too hard to clear the clothes even at such low prices. Despite it being a stone’s throw away from City Hall MRT station, the crowd was not big enough.

Not to mention the dusty flea made me sick in bed for three days with a high fever and non-stop sneezing.

Would I recommend selling at a flea there?  Probably not.

Website: booktheluggagemarket.com
Address: 1 Coleman Street
Pro-tip for those who want to try their luck: Wear a mask when dealing with tons of dusty clothes